We at CatSynth have been fascinated with the Codex Seraphinianus long before this beautiful edition made its way to CatSynth HQ.

The Codex is a masterpiece of book art by Italian artist, architect industrial designer Luigi Serafini. It is an illustrated encyclopedia as a handwritten manuscript with hand-drawn color illustrations depicting a surreal imaginary universe of objects, creatures concepts.

Most interesting of all, it is written in a completely invented script.

The script, consisting of squiggles and dots, sometimes detached and sometimes cursive, resemble a Western, Semitic or South Asian script, but one entirely of Serafini’s own imagination. It is easy to pick out repeated letters, such as the “E-like” character with one dot in its lower section; and curve-on-a-stem that appears to serve as a singular character in many portions of the first book.

Even without knowing the full meaning of the script or the illustrations, one can start to discern meaning. For example, on this page it is pretty clear that this creature tends to wilt (perhaps even suffer) in rain, but thrives in sunshine. (This is something I can sympathize with.)

Serafini himself has declared the writing in the Codex to be asemic, without a specific structure or meaning. And while I take him at his word, one cannot help but construct meaning from both the images and the writing. I have long been fascinated by other alphabets and writing systems and been able to find patterns (and even learn them to some degree) independent of the languages they represent. For example, I was able to learn a bit of the Tamil script when traveling in South India in my youth, though I never learned the sounds or the language. Similarly, I began to pick up Sinographic characters in my time in China but with no knowledge of how to pronounce most of them.

It is in this vein that I have begun to read the Codex from its start, treating it as a pure work of art with text and illustration as its medium. It’s actually a pleasurable and captivating experience to pour over the text and spot the patterns without being confined by the need for meaning. I made it through the first book (plants and anthropomorphic flora) and a bit into the second (animals). It is the fourth book (physics, chemistry) and the fifth (machines) that I most curious to “read” in depth, but I will take my time to get there. 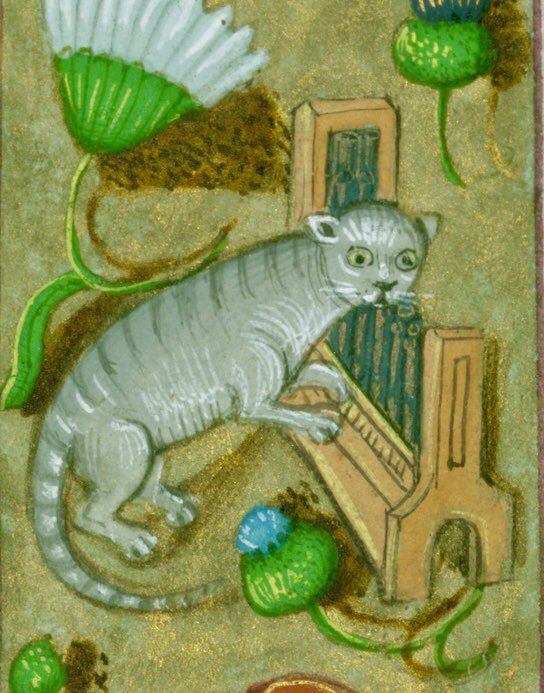