A new video from our friends Mr. Maximillion and Charles Whiley, featuring a beat-based jam with sundry synthesizers.

Between the fast pans and cute shots of our feline friend, we at CatSynth were able to identify the following instruments:

What other synths can you find in the video? 😺 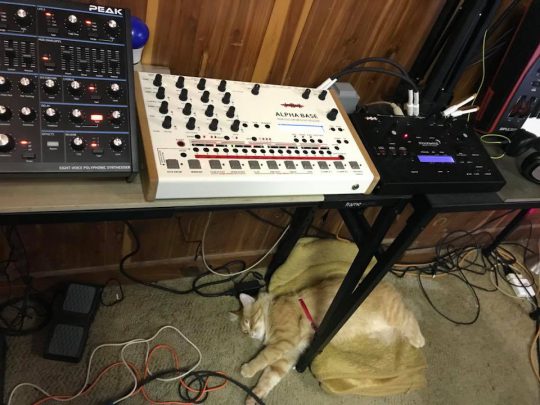 Mr. Maximillion returns, this time with his JoMoX Alpha Base and a Novation Peak synthesizers.  Submitted by our friend Charles Whiley via Facebook.

Mr. Maximillion has quite the synth collection, and we always look forward to seeing more of it.

Our new pal Mr. Maximillion is enjoying some lap time in the studio. 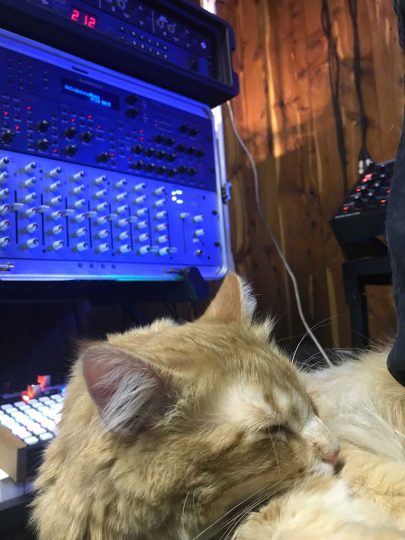 Submitted by his human Charles Whiley via Facebook.  That is one contented cat!

Identification of the synths left as an exercise to the reader 😺 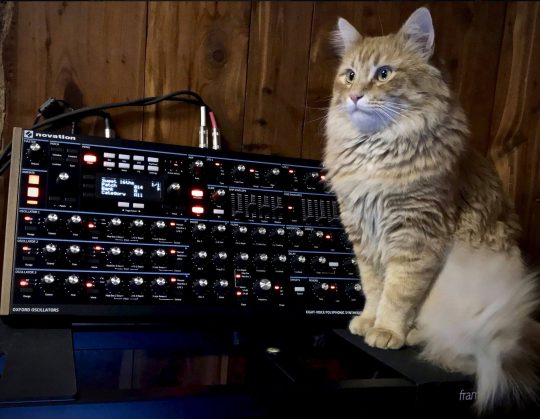 Mr. Maximillion returns, this time in a handsome portrait with a Novation Peak synthesizer.  By Charles Whiley via Facebook.  You can see Mr. Maximillion’s previous appearance here.

We were wondering what exactly an “Oxford Oscillator” is, as Novation chose to display the term prominently on the panel.  From their website:

The implementation of the FPGA opens the doors to a new type of oscillator design for Peak — The New Oxford Oscillator — the design of which stems from the analogue imperative. Peak’s raw waveforms are generated using an architecture designed and realised by Chris Huggett. It employs two waveform-generating techniques: Numerically Controlled Oscillators (NCOs) and wavetables.

The NCOs are used for the traditional subtractive-synthesis waveforms (e.g., saws, squares, pulses, and triangles).  The wavetable oscillators can morph between different source tables.   The architecture of the oscillators with traditional waveforms reminds me a bit of the Evolver from Dave Smith Instruments.  It is quite intriguing, including the fact that it is implemented on an FPGA. 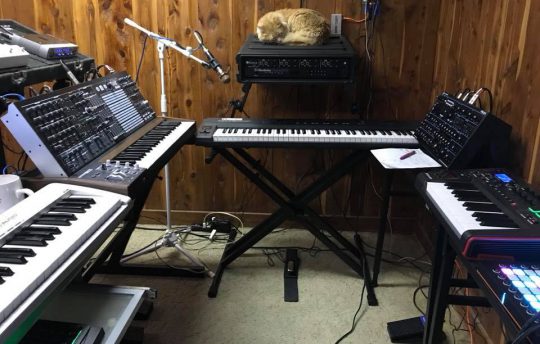 This cat has the seat of honor in this synthesizer-heavy studio.  By Charles Whiley via the Facebook group Synthesizer Freaks.

We know the feeling!

We identify an Arturia MatrixBrute on the left and leave the identification of the others as an exercise to the reader.