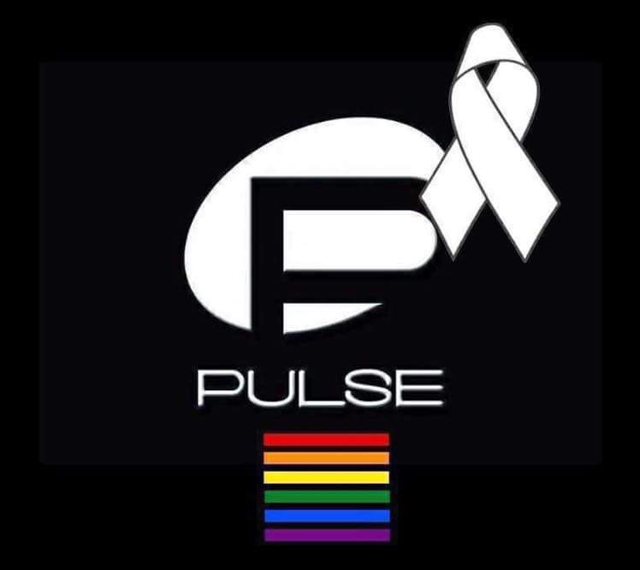 The map is a bit misleading, because it also should include Alaska, Hawaii, the Commonwealth of Puerto Rico, and the territories. But this is a great day no matter how one looks at it. Today’s Supreme Court decision ends this particular battle and its sometimes baffling legal opposition once and for all.

The hashtag #LoveWins does feel like a bit of a cop-out in terms of the profundity of this moment. Some of the fears of the opposition are what make it momentous – we stared down traditional mores and prejudices and powerful social and religious institutions and won! But at the same time the decision and result just affirms them. Anyone who has been to a same sex wedding (at least in the U.S.) knows that it differs not at all from the variety of customs in opposite-sex weddings.

No union is more profound than marriage, for it embodies the highest ideals of love, fidelity, devotion, sacrifice, and family…In forming a marital union, two people become something greater than once they were. As some of the petitioners in these cases demonstrate, marriage embodies a love that may endure even past death. It would misunderstand these men and women to say they disrespect the idea of marriage. Their plea is that they do respect it, respect it so deeply that they seek to find its fulfillment for themselves. Their hope is not to be condemned to live in loneliness, excluded from one of civilization’s oldest institutions. They ask for equal dignity in the eyes of the law. The Constitution grants them that right.

As this coincides with Pride weekend, there are going to be crowds at this famous corner of Castro and Market Streets with The Flag flies. I choose to contemplate it quietly with a photo from last week.

This was never a self-serving fight – all my relationships with marriage potential have been opposite-sex relationships – but it has nonetheless been a deeply personal one since it entered my consciousness almost 25 years ago. Now the perhaps even tougher work of getting job and health non-discrimination begins. This includes the needs of transgender folks (something which seems to at times splinter the LGBTQ movement into separate letters), and going up against the new and nasty wall of so-called “religious freedom” in getting employment protection. And there is a whole hemisphere of the planet where sexual minorities have no protections and face mortal danger.

There will also be time to enjoy the shadenfreude of the opposition on today’s ruling. But for today, we can be a little sentimental and simply say that #LoveWins.

Last Sunday was the big annual Pride celebration in San Francisco, and with the recent court decisions restoring and expanding marriage equality, it was the largest and most celebratory that I had seen in my five years here. It was already quite crowded when I arrived at usual perch along Market Street at 7th.

Marriage equality and the court cases were of course a common theme in signs and displays.

But there was also lots of perennial displays and entertainment. There are beauty queens, for example.

And the obligatory bare-chested men.

The above float does signify one of the big complaints about the event, that it has become very commercial and “corporate”. How should one react to a festive float like this one below, which has a positive message, but it also sponsored by one of the much-despised big banks?

In corporate displays, perhaps none was larger than Facebook, with hundreds of employees marching in colorful t-shirts, and Mark Zuckerberg doing a goofy dance on a bus (sorry, I did not get any good pictures of that). On the positive side, many community organizations were also represented, including the San Francisco SPCA:

The Contemporary Jewish Museum also had a contingent centered around their current Allen Ginsberg exhibition.

There was music, including a rolling live performance from Hedwig and the Angry Itch.

Many ethnic-based groups march in the parade. This year I managed to catch Trikone, a representing LGBT South-Asian Americans (i.e., individuals whose heritage comes from the Indian subcontinent).

Individuals from many countries were also more prominent.

This is a long all-day event. The parade always goes much longer than planned, and then there is the big festival in front of city hall. Certainly there were plenty of complaints to be heard about the crowds and slowness of things. But overall it was a very positive day.

This weekend is marks Pride 2009 here in San Francisco, and while the parade and other events here were huge (and occasionally over the top) as always, I found myself thinking of the much smaller, but nonetheless significant event I saw during Pride week in Shanghai on June 8.

I had the chance to attend the opening night event, which took place at a large bar in the French Concession district of Shanghai. There was a good mixture of both native Chinese and expats; of course, the attendance was a couple hundred rather than hundreds of thousands. But one must think about the significance of having an event like this in China, which is still a relatively conservative country and where gatherings of any sort can be complicated.

The open night featured screenings of two documentaries. The first was a film from Singapore entitled “Autopsy” which follows the filmmaker Loo Ziham’s dialogue with his mother about his sexuality. Following that was a documentary “Queer China”, a rather stylized look at the history of homosexuality and LGBT issues in China. The film interspersed images from traditional Chinese art and literature with historical footage from early years of the Peoples Republic, but focused primarily on relatively contemporary interviews. Those interviewed ranged from a young man who nearly committed suicide over his sexual orientation to an older man (I think he was in his 80s) discussing sexuality in rather open terms. Because of the way the room was set up, it was sometimes difficult to see the English subtitles, so I did miss some of what people were saying. One thing I was able to gather from the film was that much of the progress in terms of recognition and getting groups organized and sanctioned came under the heading of AIDS prevention – the one young woman interviewed noted the irony that AIDS was not a big issue for everyone.

In any case, it was quite interesting to see such an event in another country. And I leave wondering if Chinese can go out and take the cultural risk of participating in such an event, why does it have to remain “hidden” for people here in certain ethnic groups?

Today was big Pride Parade here in San Francisco. And with the recent marriage ruling here in California, it was an even bigger celebration than previous years.

Of course, Zip was there for the festivities:

The parade is on Market Street, our main thoroughfare, which has been adorned with flags and other symbols for weeks in anticipation:

The parade is of course full of colorful characters:

Marriage was of course a major theme this year, with many couples displaying “Just Married” banners to thunderous applause.

This BART vehicle was decked out for trips to the chapel:

But with good fun there is also seriousness. We all need to be vigilant and make sure that our friends’ new-found rights are not taken away this November:

It is a not an issue of LGBT rights versus religion. Indeed, faith and religious groups were an important part of this year’s parade:

However, when this group from the “San Francisco Voice for Israel” marched by, it seemed like the crowds were strangely quiet.

I was actually invited last year to march with this group, after talking to a gay supporter of Israel while attending a birthday for a “nice Jewish girl” I was romantically interested in…but that is a story for another time.

Many city agencies were represented in the parade, including Animal Services, who had some amusing banners:

In all, a proud day for San Francisco and for California. And with the continued wildfires and other problems, we need something to celebrate.