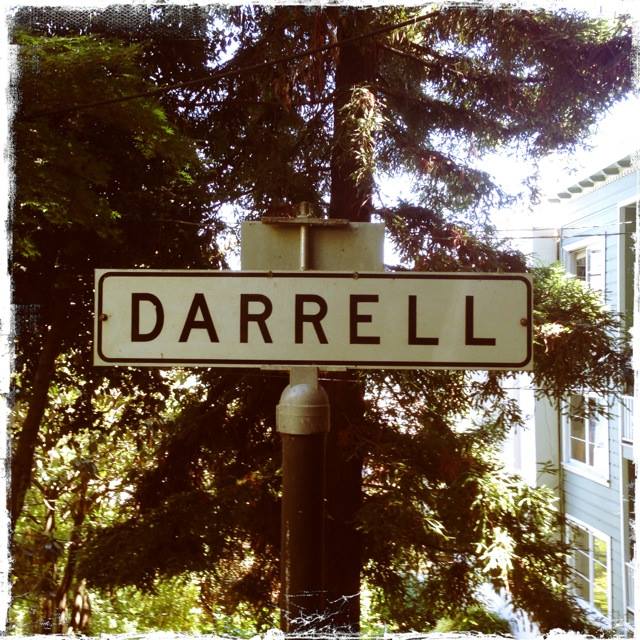 This morning, I find myself in the Castro – or is it the Mission District, it is increasingly ambiguous where one ends and the other begins. Some thoughtful person took it upon himself to suggest that I would go blind using my laptop. He of course said this while puffing away on a cigarette. I ask you who is taking the bigger health risk here?

One activity that almost no one disputes as being healthy is walking. And San Francisco is a great walking city. For one, it is quite small, and the areas of the city one would actually want to visit are even smaller. So instead of presenting another highway article this weekend, we at CatSynth will share a little walking tour of our new hometown, weaving in other articles from the past month. The approximate path is indicated in the map below:

Heading north from CatSynth HQ through the South of Market neighborhood, we quickly arrive at Yerba Buena Gardens, next to the San Francisco Museum of Modern Art, which I wrote about a few weeks ago. It still amazes me how close this is to home now, just a short walk if one knows the short cuts underneath the highway. I continue to enjoy the gritty industrial nature of the area as typified in these photos from Gabriele Basilico.

After crossing the welcome greenery Yerba Buena Gardens, one is only a block from Market Street, San Francisco's main commercial thoroughfare through downtown and the Financial District The main activity on Market Street is attempting to cross it. Though it is also home to the Luggage Store, where I performed in February and will play again in May.

The side streets of the Financial District are strangely quiet on the weekend as one continues north, towards the Jackson Square neighborhood This is the oldest part of the city, with old three-story iron and brick buildings crowding narrow alleyways that typify nineteenth century urban areas. Some of the buildings here do in fact date back to the nineteenth century, having survived the 1906 earthquake and fire. However, right around the neighborhood park are a bunch of low-rise residences that look more like the 1970s than the 1870s, and a bit surreal given the surroundings. Nestled in the old (and not-so-old) buildings and alleyways are furniture and interior-design stores that are a bit on the expensive side, as well some restaurants and watering holes, art galleries, and the hair salon at which I had an appointment.

North and west of Jackson Square, one weaves in and out of Chinatown, which is hard to miss, on the way to North Beach. This is a typical place to end up for food and drink, and I was headed to a pub on Washington Square park that was recommended to me. They had an unusual selection of beers, including a chipotle ale. I cannot eat or drink and do nothing else, and having not brought my computer or a book on this trip, I did something I normally wouldn't do and got something to read from City Lights Bookstore: a small book of surrealist games from the 1920s. This might actually be useful, but in any case it seemed to go well with chipotle ale.

If one plans to do any walking in San Francisco, one has to be prepared for hills, either scaling them or taking extra-long routes around them. North Beach in particular is surrounded by hills, and from the Washington Square, one can head east on Union Street towards Telegraph Hill (which is featured in many a film, including the recent Wild Parrots of Telegraph Hill) and then down to the bay. Or one can head south along Powell Street to Nob Hill. As you climb Powell, you can watch tourists waiting at cable car stops.

This is not a short walking trip, a few hours in all (including stops). One can try to catch a bus or a streetcar, but my experience has been that one can walk several blocks in the time it takes to wait for a bus, so unless it is one that is frequent and reliable, might as well try and walk. Of course, if one is headed to one of the districts further away, the calculation changes. But we will save those for future articles.

This article is featured in the March 26 edition of the Carnival of Cities, hosted by Family Travel.