A little fun for your Friday morning.

This is such a fun video! It has a late 1970s synth-disco feel and of course it features cats.

In addition to my adventures on the F train, I did have a small amount of time to enjoy art and music while was in New York for the Thanksgiving holiday.

One of the featured exhibitions at the Museum of Modern Art (MoMA) was Joan Miró: Painting and Anti-Painting 1927–1937. Miró often appears in my artistic travels – I have been to multiple retrospectives and visited the Miró Museum in Barcelona. This exhibition was more specific, focusing on a single decade of his career, during which he challenged the definition of “painting.” It opens with his declaration in 1927 “I want to assassinate painting” and features several examples of “non-painting”, including collages (such as Composition with Wire, shown to the right) and wooden sculptures. At the same time, however, many of the works are things we would consider paintings. Some of the canvases are unprimed, and several use new media such as masonite. But there are still primarily two-dimensional works involving paint on a surface. And most of the paintings and non-paintings include Miró’s signature elements in his more famous works such as bulbous abstract figures, curing shapes, stars, and scarabs. In addition to the theme of “anti-painting”, the exhibition follows the events in Europe, and particularly in Spain, in the late 1920s and 1930s, with the impending civil war and rise of Fascism. It ends with the Fascists coming to dominance in 1937 and the painting Still Life with Old Shoe that marks the end of Miró’s period of anti-painting.

A few of the smaller exhibits also caught my attention. Dreamland: Architectural Experiments since the 1970s featured experiments in architecture, primarily centered around New York, or the modernist urban ideal of New York, as seen be architects. Some of the ideas, such as those in Rem Koolhaas’s Delirious New York: A Retroactive Manifesto for Manhattan

, can be quite fantastic, such as an island oasis in a glass bubble atop a highway. Others were not only more realistic, but also realized, including some impressive homes in the country surrounding New York. It’s always great to see a celebration of modernism as it once was, before contemporary design and architecture took a turn away towards more mundane ideas.

Keeping with the idea of the 1960s and 1970s as particularly modern decades, the exhibit Looking at Music features visualizations of music from the era. This includes direction visualizations, such as the scores of John Cage, as well as early media works by Nam June Paik, Laurie Anderson, Steven Reich and others.

I did have a chance to hear some music as well. The weekend after Thanksgiving is often low on opportunities for new music (which is probably why I was able to book an NYC show without much difficulty after Thanksgiving in 2005). But the reliable Issue Project Room in Brooklyn hosted a show sponsored by the New York Theremin Society. The first set featured rather graphic stereo photos from World War I – still a horrific war when viewed a century later – with theremin accompaniment, presented by Robert Munn and Sara Cook. By Munn’s own admittance, this was not a performance for the faint of heart. The second set featured “Master Thereminist” Kip Rosser, who treated us to a series of jazz and pop standards that would be very much at home at a wedding or bar-mitzvah. It is interesting to think about a hybrid program featuring Rosser’s light jazz on theremin against Munn and Cook’s disturbing images from the Great War. But perhaps that would be a bit too ironic.

It's been a lovely, warm day, one of the best since our recent deep freeze. Lots of patches of grey haze (probably fog rather than smog) amidst the blue. The melancholy beauty of California “summer,” except it's February.

it's starting to feel civilized again.

Speaking of civilization, many of us took time to help out friends (who I might through my interests in electronic and experimental music, hence this post noses itself into the “music” category) who were moving, from one side of town to the other. With so many of us coming out to help, we got the whole thing done in a fraction of a day. Would that friends and community got together for one another like this more open.

Below is a map of our home little seaside town.

On the lower left is the “West Side”, our side, of town. It's known for including the University of California Santa Cruz (UCSC), and scenic West Cliff Drive bookended by Natural Bridges state park and the main city beach. We moved our friends from nearby in the West Side over to the area called “Live Oak” on the eastern edge of the map and beyond the city limits. The area has quite a different feel, a flat patchwork of new homes, commercial buildings, rundown blocks and vacant lots. It might be strange that I like to explore places like this, but I do, it feels like being on the rundown edge of a large city. I have a similar feel when biking through the neighborhood near the main city beach, a mixture of old houses, tourist hotels and vacant lots.

It's easy to wax romantic about a place when you don't necessarily live there. Consider the fondness many artistic and cultural figures have for 1970s New York, a time when the city was verging on bankrupcy, infrastructure was crumbling and the (violent) crime rate was far higher than it is now. Daniel Henninger had a great article in the Wall Street Journal two years ago discussing this idea. Among those quoted:

The actor John Leguizamo: New York in the '70s “was funky and gritty and showed the world how a metropolis could be dark and apocalyptic and yet fecund.” Fran Lebowitz, a contributing editor for Vanity Fair: The city “was a wreck; it was going bankrupt. And it was pretty lawless; everything was illegal, but no laws were enforced. It was a city for city-dwellers, not tourists, the way it is now.”

For me, there is probably also a nostalgia for the images of childhood, like the graffiti on subway cars and crumbling concrete playgrounds (I don't think any of those exist any longer). By contrast, Giuliani's cleaned-up Times Square elicits little more than a shrug and a few seconds looking at the big screen…
Most of my recent trips to New York have been in November and December (though I did go back in June, 2005 as well). New York in winter does have its charm, but I miss the sweltering summers, the terrific oppression of the big city…

I cannot let the passing this morning of the Godfather of Soul go unremarked. The music that James Brown launched remains among my favorite popular music – funk and soul from the 1960s and 1970s have a special place in my heart and my CD collection. In particular, I return the 1970s era with the original JB's, funker, grittier and with just the right amount of slop. Indeed, the track “Turn It Up or Let It A-Loose” from the 1970 collection Funk Power was included in the research for my dissertation. I probably have the only PhD dissertation in Computer Science that includes a reference to James Brown in the bibliography. I suppose that's my tribute. 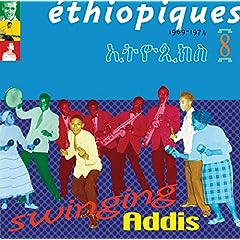