Once again, one of my main destinations at NAMM was the booth of Big City Music, where I can always find analog synthesizers and exotic electronic musical instruments that defy categorization. There certainly was no shortage of modular systems, including this scary looking yellow box full of Metasonix modules.

Because Metasonix modules, especially the R55 VCO, take a huge amount of current, this case can handle a ridiculous 7500mA. That is half of a standard home electrical line. Other manufacturers besides Metasonix were represented as well. Just to the left of the case one can see the new vactrol filter from Koma Electronic, a module I recently acquired.

On the more exotic end, Leon Dewan of Dewanatron was on hand again this year to demonstrate the Swarmatron (watch as our feline mascot nearly gets carted away on the nearby Mellotron):

I tried my hand at it as well. The ribbon controllers feel different from anything else I have tried playing, but once I got used to the feel I was able to start using the instrument expressively.

Perhaps the most visually intriguing but confounding instrument at the booth was this little geometric puzzle with lighted transparent tubes sticking out in all directions:

It turned out to be a prototype for the Akasha synthsizer from Jomox. Today, Jürgen Michaelis from Jomox demonstrated his new device:

The simple video converter caught my interest, especially if I decide to do more with video synthesis in the near future.

Thanks as always to the folks at Big City Music for being very hospitable and supportive of CatSynth!

One of the perennial destinations at NAMM is the both of Big City Music. They have quite a collection of both vintage electronic musical instruments and contemporary analog electronics.

The highlight this year was a live performance with a Dewanatron by Leon Dewan:

It was hard to hear it well in the hall environment, unfortunately.

I also was looking closely at some of the analog modular offerings:

Above as a system primarily with Kilpatrick Audio modules for both sound and control. Below is a case full of Metasonix modules, distinctive with their protruding vacuum tubs and yellow color.

Big City announced a new metasonix module, the Thyratron VCO. I was able to listen to it and other modules (VCF, Waveshaper, etc.). Metasonix modules look a bit intense (and their description text can be a bit menacing), but the modules themselves had an unexpectedly subtle sound. That is, until you pick just the right modulation, then it gets more interesting. The wave shaper remains my favorite of theirs.

One of the “destinations” at NAMM is the booth of Big City Music, who always feature an array of analog synthesizers and esoteric musical instruments.

This rack featured modules from Metasonix and Wiard:

I have been interested in getting something from Metasonix for a while. But there also plenty of things to consider on this “toy shelf”:

In the lower left is a circuit bent toy from the Speak and Spell series. Above it are various effects pedals from 4ms Pedals:

The pedals all have very appealing visual designs (especially the Bend Matrix in the foreground), as well as interesting sound. You can hear some clips on their website.

I had a chance to play the Persephone Mark 2 from Eowave:

It featuring a “duophonic ribbon”, which allows one to use two fingers on the ribbon simultaneously to play chords with continuous pitch changes and produce unusual elastic harmonies.

Here we see a Dewanatron, I believe this one is a Hynmotron, with two ribbons for controlling sound:

We have encountered the Dewanatron in a previous post.

We received a professional demo of of the Surfin Step Sequencer from Surfin Kangaroo Studio, including its remote control capabilities:

Finally, we had a chance to try out the new digital simulation of the classic Mellotron synthesizer:

It was set up such that one could play both the original (below) and the new digital simulation prototype (above). The simulation faired quite well in an A/B comparison, including trying to play both simultaneously. 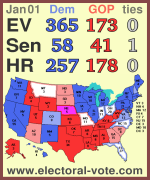