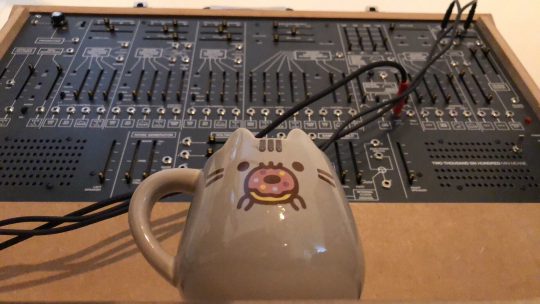 Cat mug with a TTSH, a clone of the Arp 2600 synthesizer.  By Alexander Henriksson‎ on Facebook.

And another cat has found its

The TTSH is an Arp 2600 clone that can be built as a DIY project, as described by The Human Comparator.  San Pedro Labs builds full versions, including wood casings. (They used to be here in San Francisco, but have recently relocated to New Mexico.)