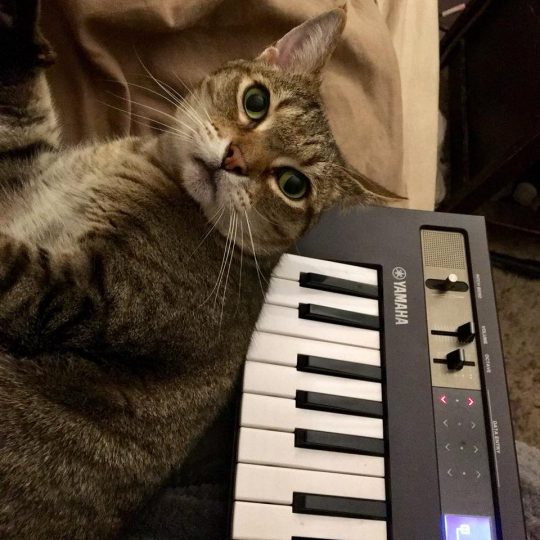 Like Sam Sam and Luna, Eli was a shelter cat.  We always love hearing about shelter cats finding their forever homes.  If you are looking for a new feline addition to the family, please do consider adopting a rescue! 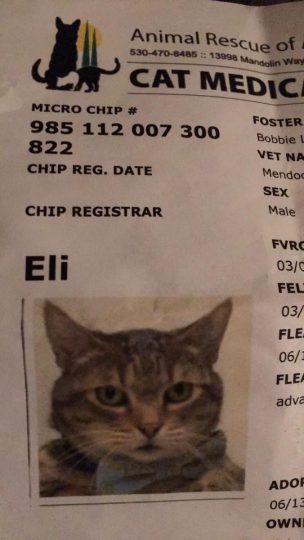 The Yamaha Reface DX is a reissue of the DX line from the 1980s, specifically, the 4-operator models like the DX27 or TX81Z.  It lacks some of the TX81Z’s features like alternate operator waveforms but adds some new elements like continuing feedback and each operator.  You can read more about it at Yamaha’s official page.

This is such heartbreaking news.  Bento, the Keyboard Cat has passed away 😿

His humans made this wonderful tribute to Bento and his legacy, including many classic clips; and a sweet story about how he was a source of inspiration for his human companion, Charlie Schmidt.

Bento was actually the second Keyboard Cat.  The original, Fatso, also lived with Schmidt but passed away in 1987, long before the age of internet memes.  You can read more about the story of Fatso, Bento, and Schmidt at the Keyboard Cat Wikipedia page. Like my cats, Bento was a shelter cat and became a public face for the Shelter Pet Project.  We saw him featured in billboards and bus stops here in San Francisco.

Keyboard Cat has always been a favorite of mine – how could it not, given the combination of interests.  We always had fun with the early “play him/her off” videos, and it became a frequent tag-line of mine to say “You have been played off by the Keyboard Cat”, especially when someone loses a political election.  I wish we had been able to cross paths in person.

We at CatSynth extend our sympathies to Charlie Schmidt and the rest of Bento’s family.  Rest in peace, Keyboard Cat, you have been played off. 💕

The Acro-Cats recently visited San Francisco for a serious of shows, and of course we at CatSynth were there to witness it.

Training cats, and the near impossibility of training them, is of course a cliche. And it is also why some of us love cats, their antics and independence alongside their elegance. These cats were trained to do a variety of acrobatic tricks, but at the same time, they were still just cats. Sometimes it would take a few tries to convince the cat to perform as requested, and sometimes the cats would wander off in true feline fashion. This was part of the show, and of course we cat-lovers in the audience loved that. There were some impressive moments however, such as this series of stunts. The second features the black cat Buggles.

All the cats in the show are shelter rescues, and an important part of the program is about advocacy for adoption of shelter cats and support of local shelters. Cat Town was on hand and received support from the proceeds of this show.

My favorite part of the show, not surprising was the final part featuring the Rock Cats an all cat band. Yes, the cats were actually playing the instruments.

Here is Tuna making an appearance on cowbell.

The keyboard was a toy piano that also attached to a MIDI synthesizer doing 80-style pad sounds. (Yes, more cats and synths!)

You can hear a bit of the Rock Cats in this video.

Maybe a little more practicing is in order before we can book the Rock Cats at the Luggage Store Gallery.

If the Acro-Cats and Rock Cats come to your area, I definitely recommend checking them out. More information can be found here.