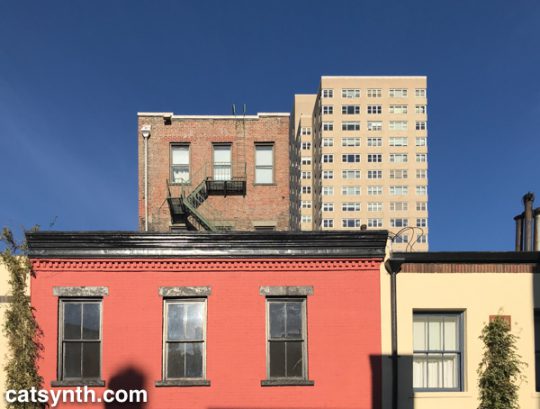 View north from Washington Mews, a small alley near Washington Square Park in Manhattan.  I liked the juxtaposition of building shapes and styles.

Every so often I worry I’m posting the same picture twice.  This was one of those times 😸