We start off the week with this lovely picture featuring one of the cats on Sawa Masaki’s Twitter and a DSI/Sequential Pro 2.

It is probably not a coincidence that earlier the same say, Sequential announced that they would be discontinuing the Pro 2.

The #DSIPro2 mono/4-voice paraphonic hybrid synth has officially been retired 👋 To get one while stock lasts, check with your local dealer: https://t.co/0XDpWLkwcM pic.twitter.com/bz68hZsBKl 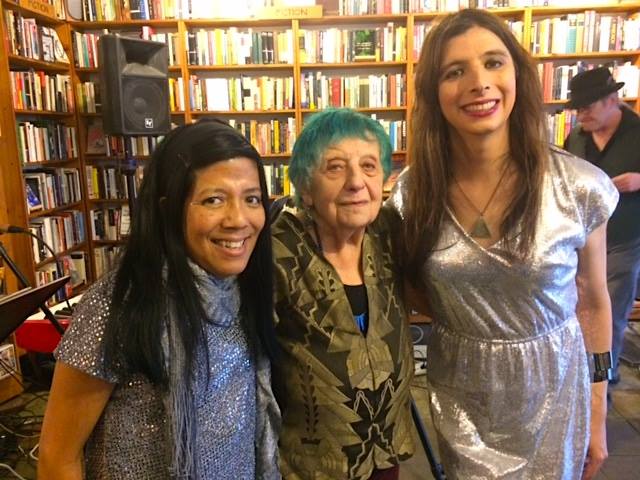 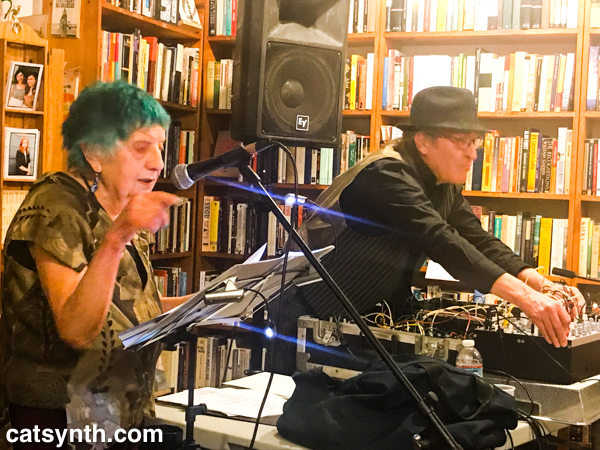 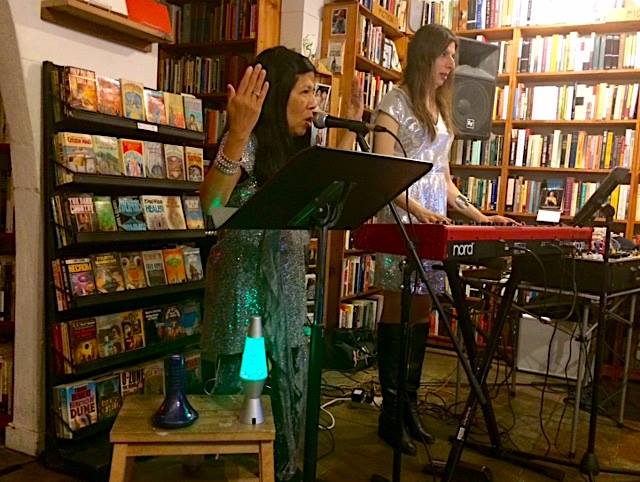 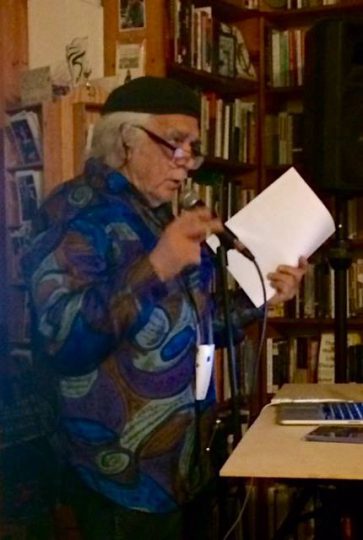 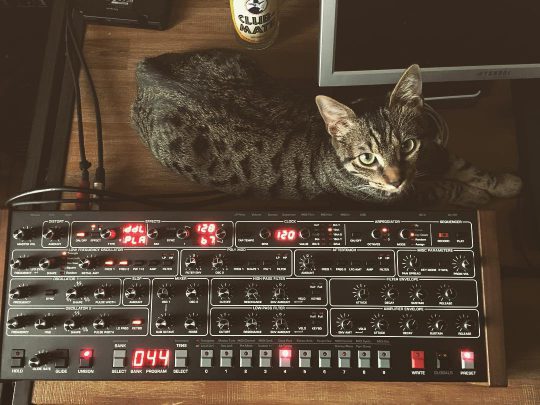 Cat showing off a Sequential Prophet 6.  By maxeredussence on Instagram.

We at CatSynth are a bit envious of this kitty, as we covet the Prophet 6 (and the Rev 2).  I love my Prophet 12, but these are completely different instruments and complement one another.  You can read our NAMM 2015 review of the Prophet 6 here. 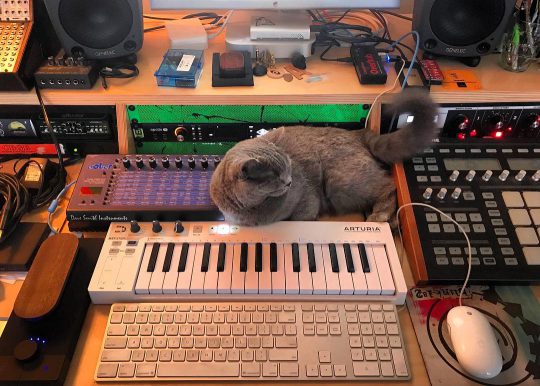 After a brief hiatus over the weekend, we’re back – more on that later.  In the meantime, we have this cute photo of  Zelda the Gray with a DSI Evolver, Arturia KeyStep, Native Instruments Maschine, and more 😺.  From skaterdays on Instagram.

I have been busily preparing for tonight’s solo set at The Lab here in San Francisco. As usually happens, I initially plan to simplify the setup, but then as I work on the set musically, more instruments and equipment end up part of the rig. And this one may be one of the largest to date.

In addition to the Nord Stage (aka “The Big Red Keyboard”), there is the newly reconfigured modular synth, the Prophet 12, the Moog Mother 32, Casio SK-1, and iPad. The modular path features multiple voices, including some processing external audio from the Nord and the SK-1, respectively.

Why so big? Well, it comes out the current musical direction, which mixes jazz and funk with experimental electronics. That means a full-size keyboard is always present. And the electronics has to provide rhythmic and harmonic support in addition to timbral support. This always adds significant complexity, but provides for a richer musical experience.

Here are the details on the show, including the other acts. I am excited to have a group improv with my friends Joshua Marshall, Jaroba, and Christina Stanley. And the evening will begin with an orchestra of invented instruments from Pet The Tiger (David Samas, Tom Nunn et al.) with dance by Christina Braun. If you are in the Bay Area tonight, please consider joining us.

A special evening of funky and noisy sounds, invented instruments, whimsy, and more 😺 🎶

From Joe Bielawa and that same treasure-trove post in the Facebook group Synthesizer Freaks. This cat has not one but (at least) two DSI Tempests. The Tempest is a collaboration between Dave Smith and Roger Linn that we have discussed in previous posts.

From Jano Rullens on the Facebook group Synthesizer Freaks.

I love synths and cats!
My cat is always wondering what i do.

We of course love synths and cats, too! And we love the DSI Prophet 12.

Edited to correct an “alternative fact” in one of our photos.

There were several new offerings at the Dave Smith Instruments booth this year. The most prominent was the new REV 2 polyphonic analog synthesizer.

The REV 2 is billed as a successor to the Prophet ’08, and features an architecture with two DCOs and two Curtis filters, along with numerous other features. It also has a built-in step sequencer. It plays very nicely and has a powerful sound, though perhaps not quite as “luscious” as the Prophet 12 that I regularly use in my own music. I expect the REV 2 will be quite popular.

Last year, DSI introduced the OB-6, a collaboration between Dave Smith and Tom Oberheim that features an Oberheim SEM sound engine. This year they have a tabletop module version of this instrument.

CORRECTION: This is a Prophet 6 tabletop, not an OB-6. There is, however an OB-6 tabletop module.

It has the same engine and a large array of front panel controls that make it a less expensive addition for someone who wanted the OB-6 synth but doesn’t need yet another keyboard.

Dave Smith also had another new collaboration, this time with Pioneer DJ. They introduced two new instruments: the TORAIZ SP-16 DJ workstation and the TORAIZ AS-1 mono synth.

The SP-16 is a sampler workstation with multiple voices and facilities for loops, triggers, and other features one expects from a beat-oriented tabletop synth, but also filters from the Sequential Prophet 6. THE AS-1 is purely a synth, featuring an architecture similar to a single voice of the Prophet 6. As such, the AS-1 is practical way to add the Prophet 6 sound to a larger setup.

As always, we look forward to seeing and hearing more of these new instruments from Dave Smith.

That cat reminds us a bit of Luna 💕 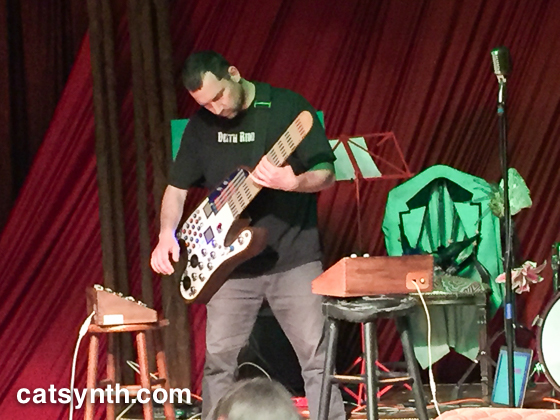 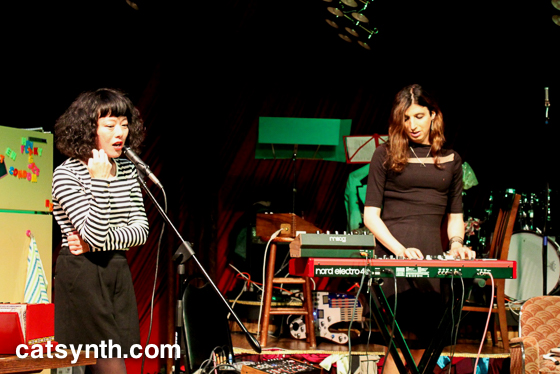 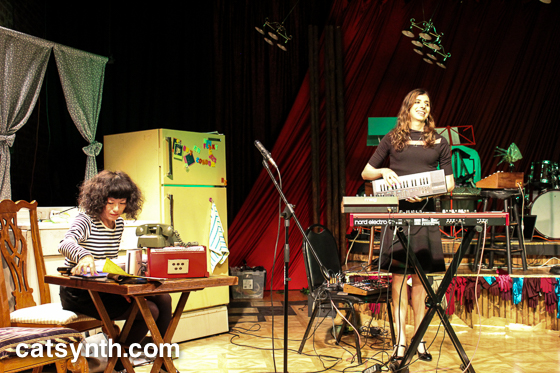 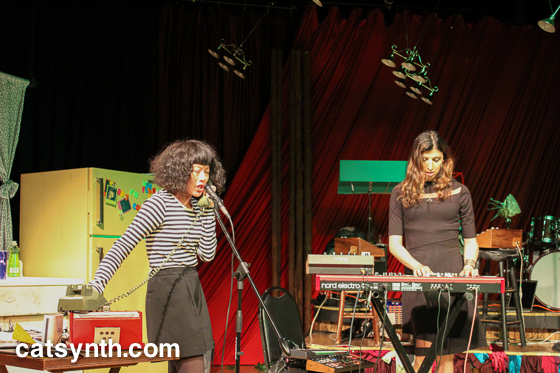 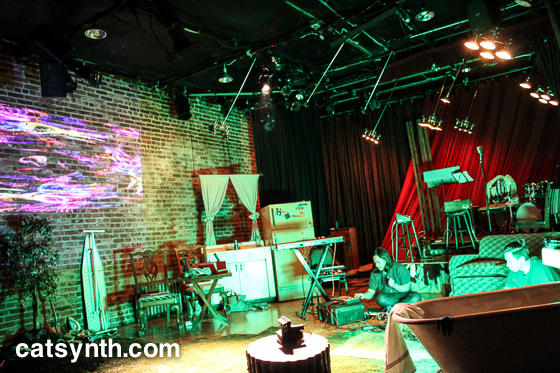