Tuna found a nice napping spot on a Korg Poly-800. Submitted by thedigitalpurrgatory via our Instagram.

The Korg Poly-800 was a small affordable synthesizer that featured DCOs, a VCF, and MIDI. Its successor, the Korg Poly-800 II, was one of the first synthesizers I seriously looked at as a teen, but ultimately opted for a different instrument.

We continue to work our way slowly through the embarrassment of riches from NAMM 2018 with a look at new modules from Erica Synths. 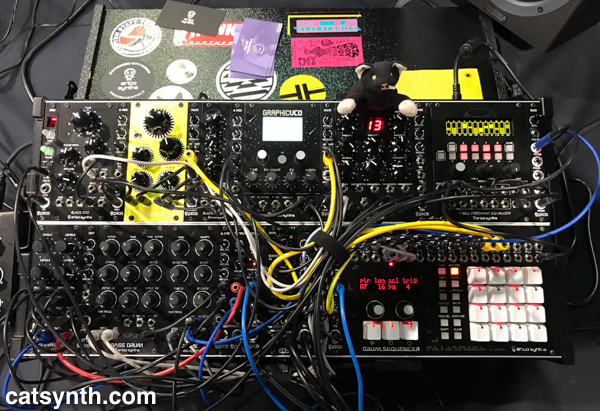 The biggest of the new modules, both physically and in terms of garnered attention, was the Drum Sequencer module.  It has an attractive retro look and feel with a raised keypad and red LED display, reminiscent of instruments and studio gear from the 1980s.  It also features 12 independent trigger outputs and 12 separate accent outputs – of course in the context of a modular synth one need not use the accent outputs for “accents”. 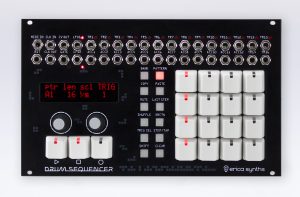 The sequencer itself is full-featured with separate meter and length per track as well as independent shuffle and probability per step.  The probabilistic step function is intriguing, and one I did not have a proper opportunity to explore at NAMM, so hopefully I will get a chance to do so in the not too distant future.

The Graphic VCO returns to a more contemporary design found in many digital Eurorack modules. 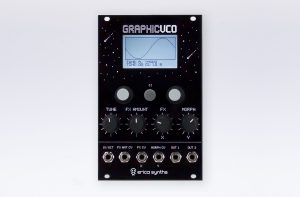 This module allows the user to draw his or her own waveforms Etch-a-sketch style to use in two simultaneous wavetable oscillators.  In addition to mixing, they can be arranged in different topologies for FM, ring modulation, waveshaping and more.  The waveform selections and configurations can be sequenced for continuously morphing sounds.  It would be interesting to use with the Drum Sequencer.

The final module we looked at was the Resonant Equalizer.  It is basically a 12-band bandpass filter with each band independently controllable via CV.  One can also control all the bands with a single CV input for sequencer-based changes.  Again, this feels like a module that would work well in tandem with the Drum Sequencer.  It also has an attractive visual look for live performance use. 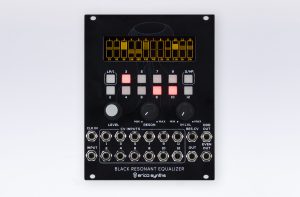 You can see all these modules in action in our recent video, which also features a “virtual appearance” by Tuna, the official Erica Synths cat 😺

We congratulate Tuna and rest of the team from Erica Synths on their offerings for this year’s show, and hope to someday visit them in Latvia.

Today we celebrate the second anniversary of “Gotcha Day”, the day that Luna was adopted. Please see Part 1, with photos from Luna's first day in her new home two years ago.

Well, she's all grown up now, and sitting at the bar ready to celebrate:

Besides getting to eat at the bar, which is generally verboten, we have a special culinary treat for the occasion. Who needs cheezburger when you can has ahi tuna sashimi?

Luna was definitely interested in checking out the fishy goodness, but after a few sniffs, licks and nibbles she lost interest. One thing about Luna is that she is a very picky eater. So its a lot like taking a kid to a fancy restaurant for something special, only to have him/her insist on their favorite comfort foods like macaroni and cheese. Fortunately, I love tuna sashimi and helped myself to all but three of her pieces, which I let her keep for later.

Luna could probably learn a thing or two about the pleasures of fresh raw tuna from Upsie, who is again hosting hosting WCB again along with sher. Update: you can see the big WCB roundup here.

Of course, we all still love Luna even if she is a picky eater…